Exploring the History of Women - More on Documenting the Underdocumented 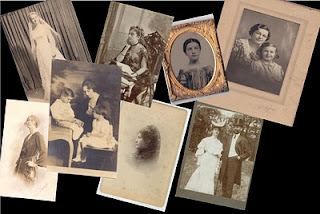 Women's history is often elusive. Records of women's activities were limited up until the twentieth century. The documents that showed women's role in society were hard to come by or non-existent. Fewer women than men were well-educated or knew how to write. Fewer women participated in activities outside of the home that led to the creation of documentation for us to examine. Many women's traditional activities were not considered worthy of record.  March 2011 is the anniversary of Women's History Month in the U.S., providing us with the perfect opportunity to consider the documentation of my often under-documented sex. March 8th also marks the 100th anniversary of International Women's Day, which grew out of early twentieth century labor movements that sought comparable treatment for both sexes in the workplace. We now celebrate women's history to recognize the achievements (big and small) of all women around the globe. From cleaning the house to running major corporations, from raising children to winning competitions, the activities of women should be documented and appreciated as vital to our understanding of our communities and of a greater humanity.


The following is a list of just a few of the wonderful online resources I've explored for archival material and documentation projects related to Women's history:

US.gov collaboration
"The Library of Congress, National Archives and Records Administration, National Endowment for the Humanities, National Gallery of Art, National Park Service, Smithsonian Institution and United States Holocaust Memorial Museum join in paying tribute to the generations of women whose commitment to nature and the planet have proved invaluable to society."

Over at the Life in Context Facebook page, we encourage you to post images and stories about the strong women in your life. Please browse on over and take part! Document the memories of the women who have influenced you.
Posted by archivesinfo at 1:58 PM