For the past five or so years, I have been a judge for the New Hampshire Young Inventors Program. Each spring, K-8 students who win local school competitions move on to this competition that supports innovative young people throughout our state. This year, I am honored to be sponsoring my first specialty award, the Library & Information Services Award. Sponsored by ArchivesInfo, this award recognizes an invention that can support the day to day work of libraries. Inventions in this category could include items such as a new type of bookshelf, a computer database, or a stand for holding your e-reader while you ride a stationary bike. My intention in sponsoring the award is to support this valuable program and the kids who take part. I also wish to raise awareness about what libraries can do for people's lives and to encourage young people to think about ways to make libraries stronger and more impactful.

As libraries expand services, re-invent themselves, or just renovate their marketing to attract a 21st century audience, they must make their innovation prominent. Libraries serve as places supporting discovery, learning, curiosity, and invention. Conversations about our role in building makerspaces, encouraging cutting edge technology, teaching sound information seeking practices and more need to filter out of our inner circles and move beyond the field of library and information science. Librarians must show how our institutions support multiple disciplines and are capable of engaging in conversations ranging from the arts to mathematics, science and history.

Inviting students to think about how they themselves can make libraries more helpful places can play an important role in continuing and promoting the relevance of our profession. I am hopeful that by offering an award for library related inventions, I can encourage young students to consider new possibilities. I look forward to seeing children's creations for progressive libraries and better information services.

Posted by archivesinfo at 2:33 PM No comments:

I have been on the lookout for paper cut silhouettes to decorate my house for many years. Attracted to the simplicity - the detail-less form that represents individualism while at the same time obscuring it; I am lightened by the delicate designs.

An article in the magazine entitled "Folk Art" provides a brief history of this pretty little form of art: 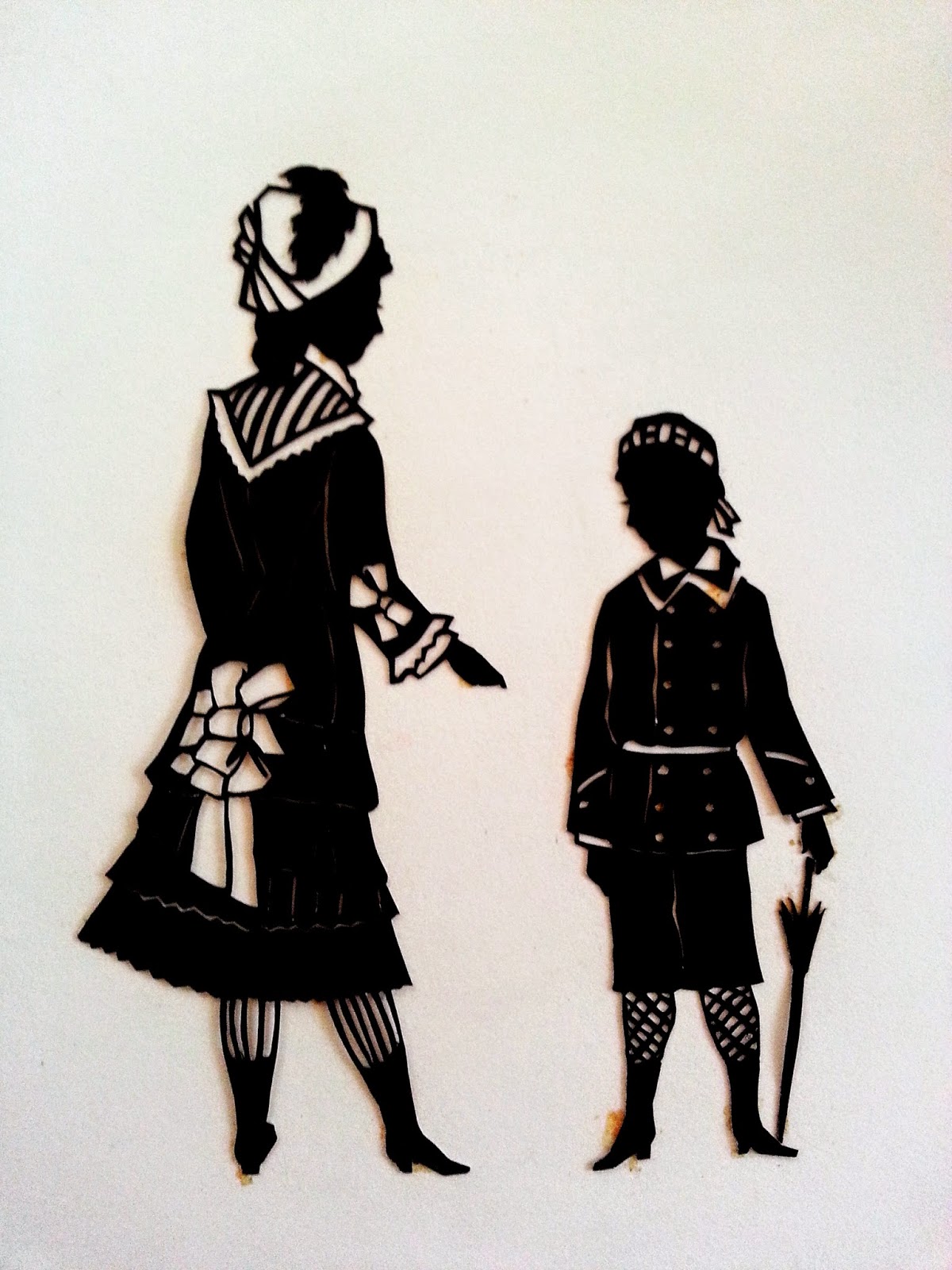 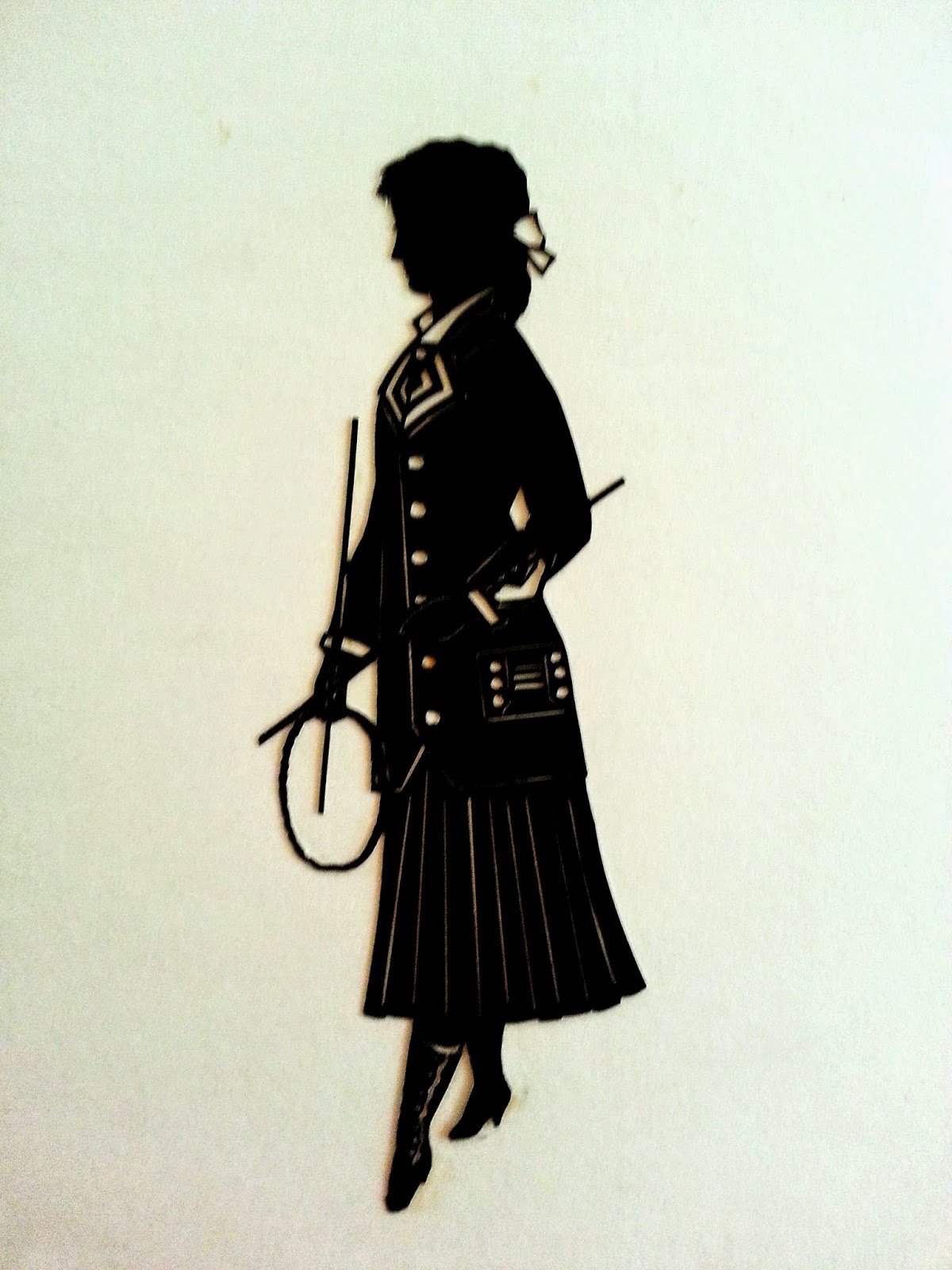 Initially, silhouettes were created to capture the likeness of a person in his or her basic form -- the "shadow" or "shade." to use the common language of the eighteenth century. Then, as now, the desire for a picture of a friend or loved one was important. With the invention of photography nearly three-quarters of a century away, silhouettes were the quickest, most economically feasible way of obtaining credible images.
[DiCicco, Vincent. "Silhouette—Portraiture In America: A Fully Developed Form Of Folk Expression." Folk Art 26.3 (2001): 40-46. Art Full Text (H.W. Wilson). Web. 8 Feb. 2015.]

Professionals and amateurs created silhouettes at the form's historical inception. By the nineteenth century, according to the Victoria and Albert Museum, silhouettes were one of the popular forms of small portraiture employed by the professional artist, marking a resurgence in the previous century's unique art form as artists realized this was a quick way to make some money.:


The cutting of silhouettes, or 'profiles' as they were called in Britain, was a popular pastime in the 18th century. From the 1770s professional artists began to produce profiles as a cheap, quick form of small portraiture. Sittings took no more than five minutes and endless exact copies could easily be made from the original.
But clients wanted novelty and artists needed to stand out from competitors. This soon led to elaborate variations on the simple cut profile. By the 1790s, many profiles were painted - on paper, ivory, plaster or even glass. Inevitably prices increased as the materials became more expensive. 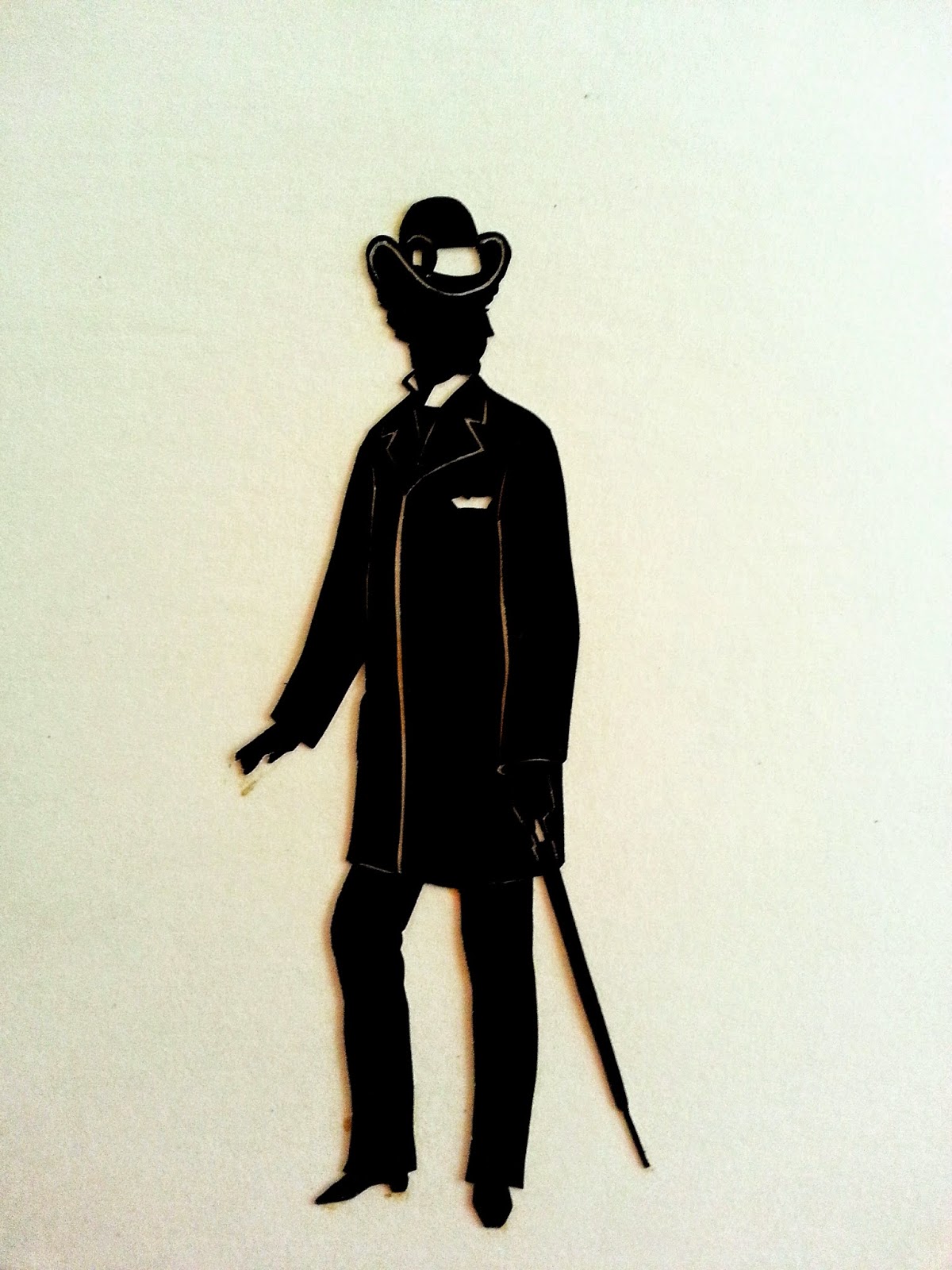 To the left are the silhouettes I recently found at a local antique shop for a very reasonable price. Dated 1856 in pencil, the images are also marked as having been cut in the 1970s. They represent a "collaboration" or sorts on the final art form. According to the Norman Rockwell Museum, silhouettes became an illustrative form in the mid-nineteenth century and were an "important technique to the illustrator's artistic expression," accompanying stories in periodicals and the like. My silhouettes are likely among those used to enliven a story, later cut out of an antique magazine such as Ladies Home Journal, by a crafty housewife. In fact, when I was a child in the 70s, we completed our own silhouettes in class as a regular activity. My silhouettes and my classroom memory informally indicate to me that the 70s were indeed another resurgent time for this art form.

Both amateurs and professionals still create silhouettes today. A few artists local to me whose work I enjoy are: 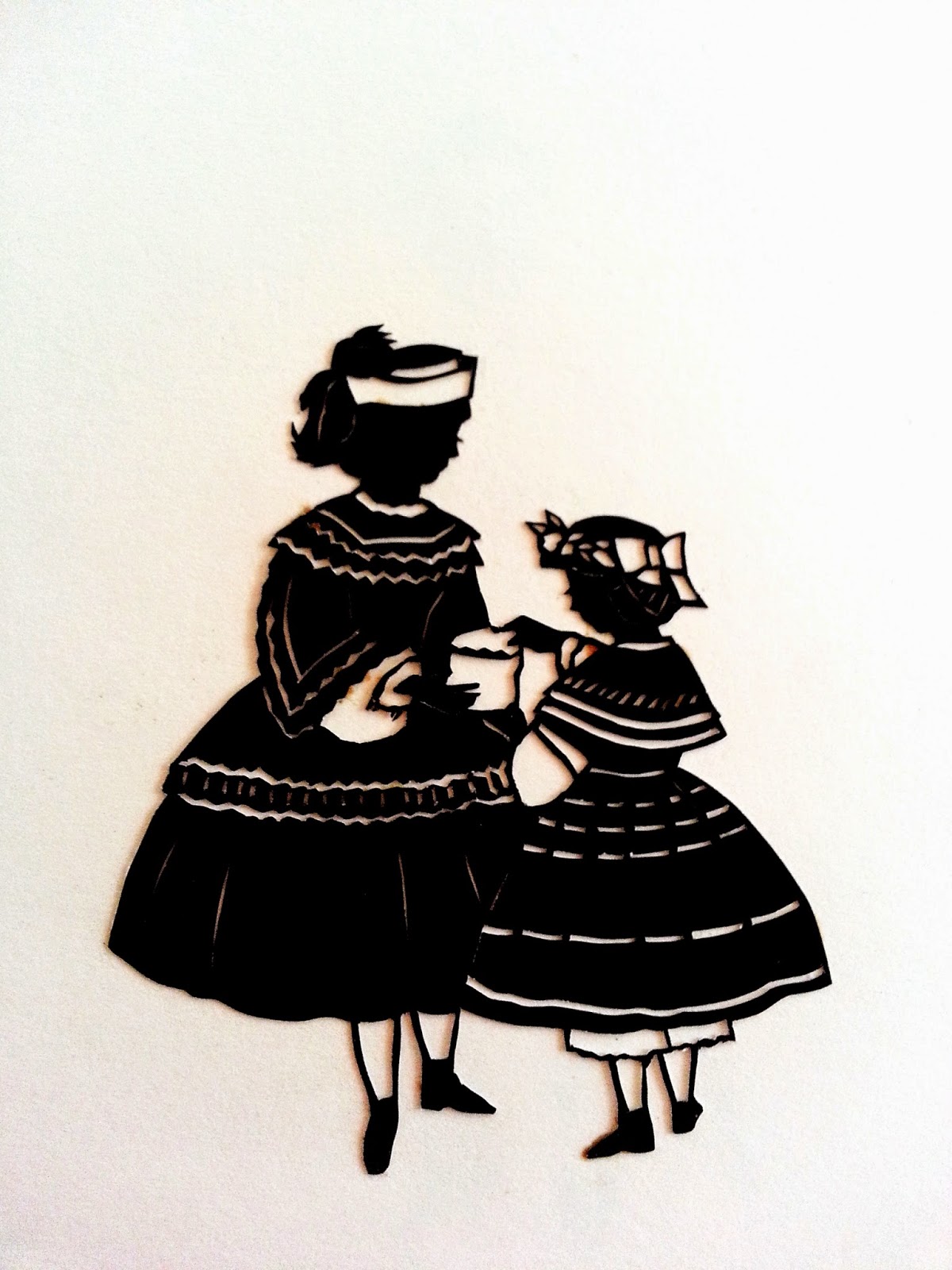 Thanks to the Internet, we seem to be in the midst of another re-emergence of this style. DIYers offer instructions for creating your own silhouettes. In a decidedly modern twist, many suggest using profile selfies as a place to begin, recommending that DIY artists trace the images for their patterns.

Silhouettes are fun to do and fun to find. They offer us a look at who we are and what we value. These featureless figures show us our community traits - proud men, loving mothers, poised children - all done in beautiful lines expressing form over face. (Personally, I find myself especially attracted to the Victorian shapes here, giving me ideas for my next Steampunk festival costume and allowing me to see myself in their shoes.)

Posted by archivesinfo at 9:38 AM No comments: