I found a diary in an antique shop in April 2011 and had a mission to discover its writer. To follow my research adventures, search "Diary Project" in the search box of this page.

"Today commenced very nicely, but commenced to cloud up about ten oclock, and rained a little in the afternoon and quite hard in the evening. I went to church this morning and played the organ. This afternoon I was married by Mr. Lyman Chase at the parsonage at half past ten in the afternoon..."

It turned out to be the latter.

I found the record at the Historical Society. The "Marriages" book is arranged alphabetically, so I hunkered down for what I thought would be a long morning of browsing to find the date mentioned in the diary. I was lucky. The date revealed itself in a matter of minutes rather than hours. 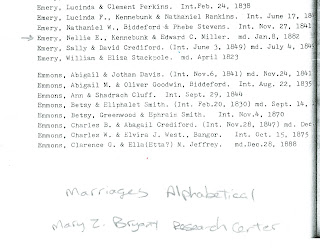 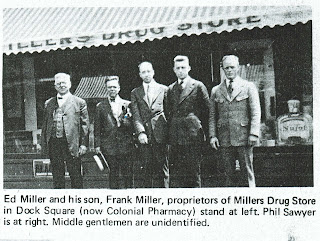 Edward C. Miller was a prominent pharmacist. Leading Businessmen of Kennebunkport states, "...The rarity of the cases where any harm has come to customers on account of the ignorance or carelessness of Pharmacists, speaks volumes for the ability of those engaged in this line of business, and one of the best-conducted establishments of the kind in this section is that carried on by Mr. Edward C. Miller, here in Kennebunkport. This gentleman is a native of this place, and succeeded Mr. Brown in the ownership of his present store in 1881, it having been opened by Mr. Brown three years before...Especial and painstaking attention is paid to the quick and accurate compounding of prescriptions, and moderate charges are made in this most important department. Mr. Miller is connnected with both the Free Masons and the Odd Fellows, and is one of the best-known men in town." 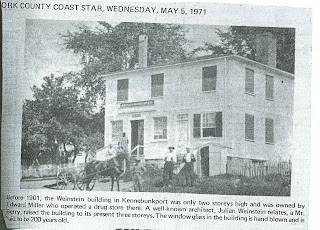 My research has revealed much about the life of this gentleman, but there is a lot more work to be done. For my part, the diary transcript and research will be used as a tool to teach about primary sources, close reading, and more. I will leave the biographical, historical work to a historian. Someday, I will find a good home for the original diary - in a proper repository where it belongs. 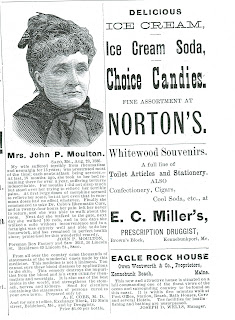 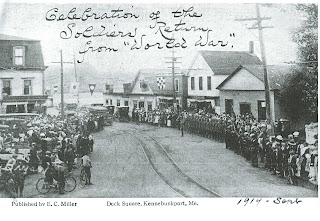 Mr. Miller, thank you for coming into my life. I look forward to returning a piece of your memory to your community. 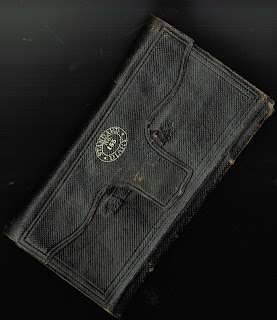 Posted by archivesinfo at 8:06 AM