Dumpster Diving: Saving History One Collection at a Time 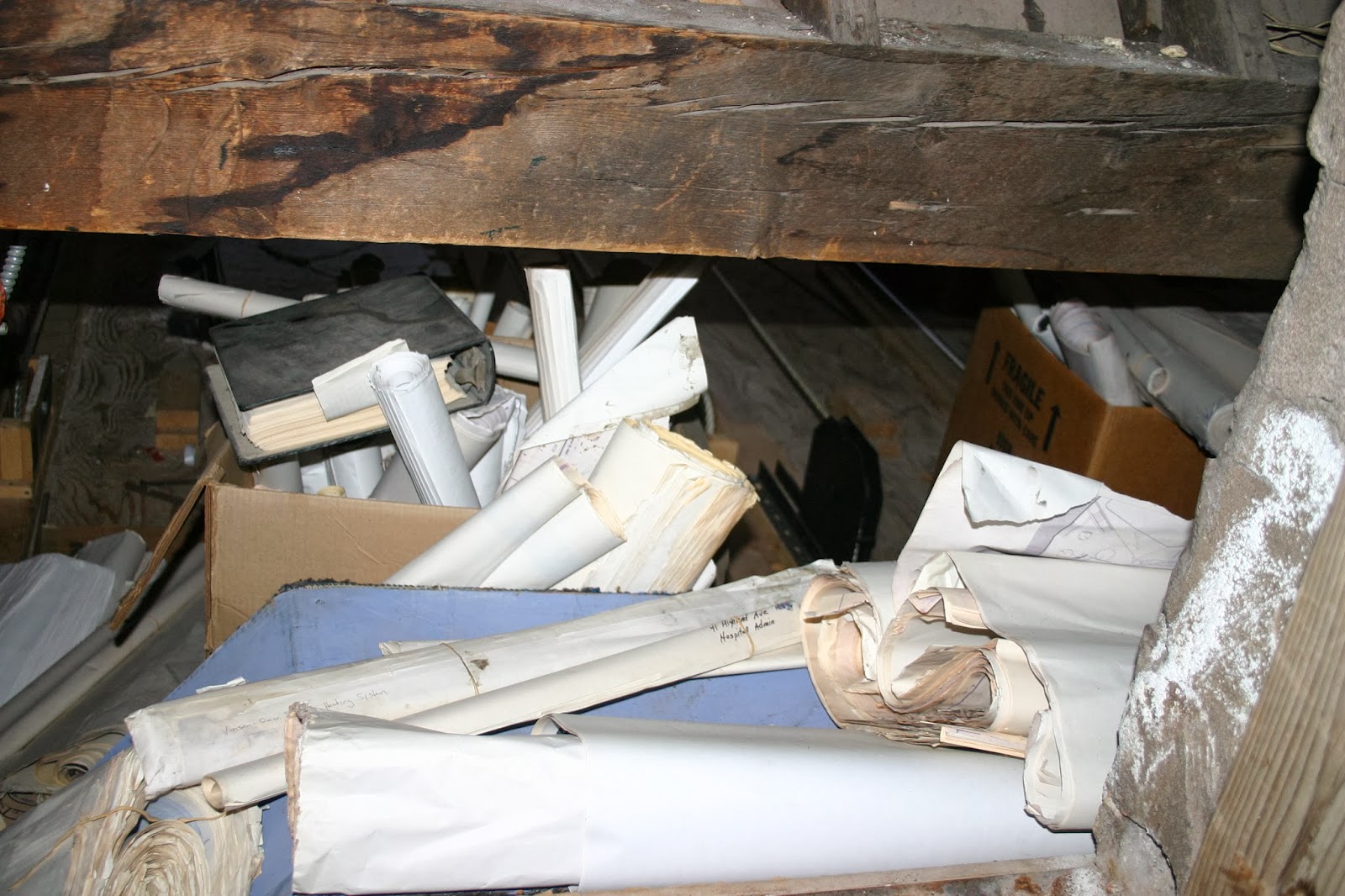 These are some of the collections that I have found in archives in my career. They were saved from the trash by well-meaning persons -- citizen archivists, if you will -- who had the sense to question the decision of another well-meaning person. Records (and artifacts) may be tossed for nefarious reasons such as the desire to get rid of evidence, but more often than not materials are thrown away due to lack of understanding about the documentation of history.


There are many reasons to consider taking items out of your collection. Those maintaining collections are encouraged to familiarize themselves with acceptable procedures for disposition. Gain an understanding of archival appraisal.   Contact appropriate authorities if you are not certain of disposal practice. For government records, contact your State Record Manager or archivist. They are usually found through your secretary of state's office. CoSA (Council of State Archivists) can refer you to the proper place. Consider hiring an archivist familiar with procedures if you are an independent facility, such as a historical society, before making decisions.

I hate seeing collections saved by dumpster divers because I know for every collection that they saved, it is more than likely that others were lost on another day. Our history is precious. Records and artifacts lost cannot be regained. Be sure of what you are doing when you get rid of something. If you are not sure, please don't do it! And spread the word!

Posted by archivesinfo at 11:31 AM No comments:

There are many moments that I would like to forget. There were times when I embarrassed myself, made a poor decision, treated someone less kindly than I should have...I can shove these moments aside and pretend they never happened, creating a white-washed picture of myself to remember and for the world to see. But I wouldn't do that. I am who I am. I am growing and changing and learning everyday. I am human and like any human, it is reflection on my mistakes that allows me to be a better person. Similarly, it is the mistakes of groups from which we learn as a society. I was reminded last week of how important it is to spread this message. Our understanding of history depends on it.

Every Monday, I meet with my school's 50th anniversary committee. Our institution will hit a milestone birthday in the year 2015 and we have big plans for the event. Right now we are working on a 50th anniversary logo. A big discussion ensued about our former moniker, which is understood by many, if not the majority, to be offensive these days. There were a lot of hard feelings over the change of the school mascot in the 1990s. Last week, the Committee members, both students and staff, were considering if we wanted to just avoid the topic.

Our goal is to reflect the past 50 years of our school's history. This was a big part of it. In fact, we were given our first donations for the new school archives this week and among them was a school pennant with the old mascot. We can't very well eradicate the image. Nor would I want to. The controversy about mascots still rages beyond our school. It is important for us to recognize how we fit here - how larger communities impact our smaller one. It is important for us to know all points of view on issues. Neglecting facts makes it difficult for history to be evaluated properly. Knowing who we are, and who we were, is also important for a realistic sense of identity.

It brings up many questions. To me, this is the study of history - any history:


Collecting part of a story prohibits us from reflecting on all of these things. We are not one-dimensional as a society. Not everyone has the same point of view. That's okay. Our documentation is one-key to communication and understanding. We can't sweep any of the past under the rug without hampering that full-understanding. It is one reason why the study of history is so important. Without it, we do not have a full-sense of reality.

The title of this article can be taken two ways. Is "good history" the recounting of the positive stories related to human activities? Does good history reflect our achievements and best side? Or does "good history" mean documentation that reflects the whole of humanity - our "best foot forward" AND our pitfalls? As an archivist, this seems obvious to me. "Bad history" is that which is white-washed. We need to be reminded of from where we came, how we grew, how we changed and why we made certain decisions so that we can move forward from here.  When the historical record is one sided, it prohibits us from adequate reflection. It prohibits us from becoming stronger and from "learning from our mistakes" and/or better explaining our points of view.

Whatever you think about certain events, ignoring them is wrong. I vote for good history every time.

Posted by archivesinfo at 8:32 AM No comments: 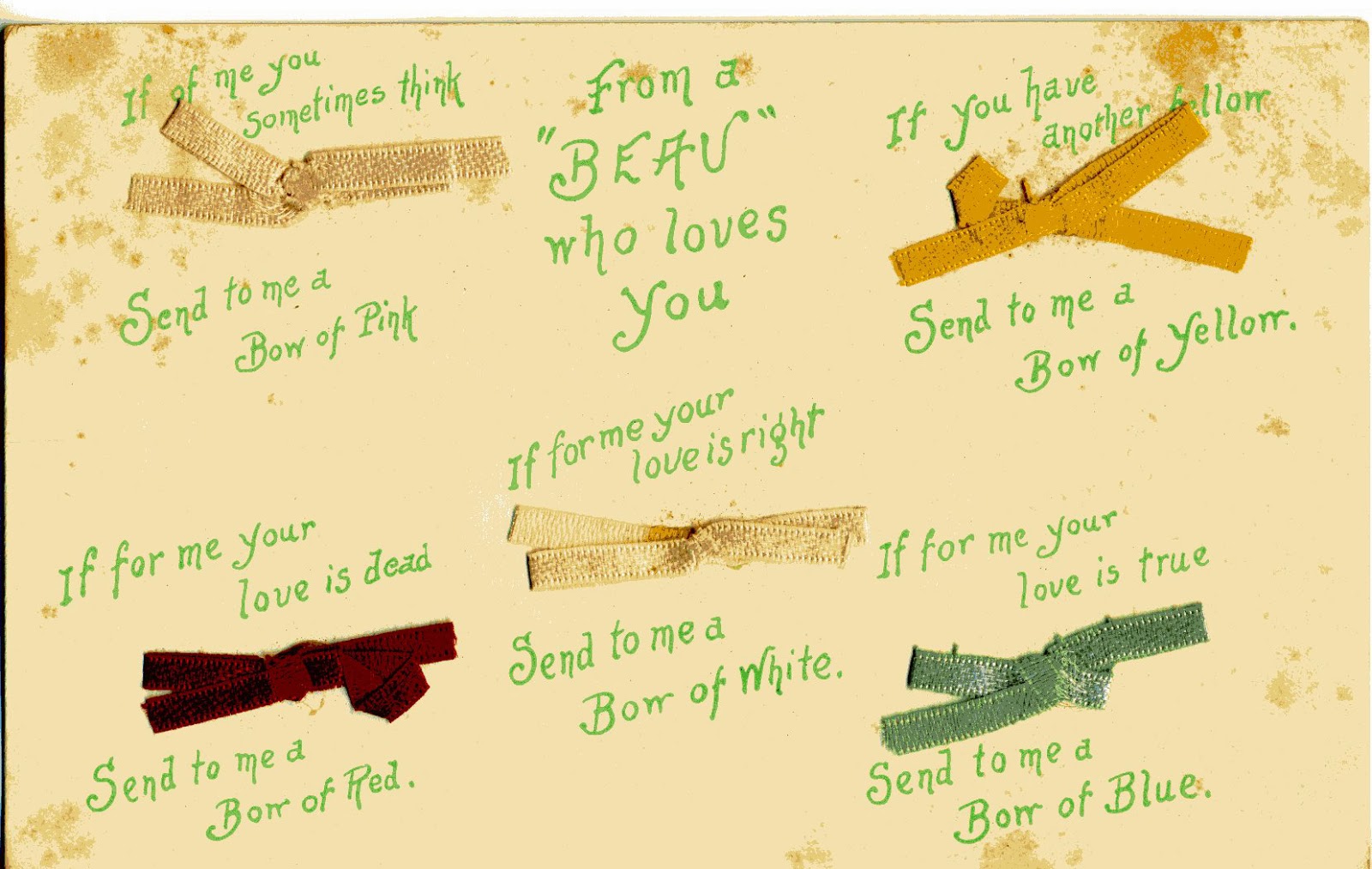 Follow one of my new favorite Valentine's Day traditions via Twitter. #Loveheritage allows museums and libraries to highlight the unique Valentine ephemera in their collections.
Posted by archivesinfo at 2:21 PM No comments:

More Finds at the Local Antique Shop: This is How We Shopped

Antiquing with a Purpose

Like most people who frequent antique shops, I am on the lookout for objects with personal meaning or for my own eclectic interests. I am a collector in a few areas that are not directly related to my work (mostly glass) and it is certainly fun to hit the shops with particular objects to fill home crannies in mind.

I have "antiqued" for the past ten years or so with a different purpose too. While working primarily as an archival consultant, my finds were used for highlighting archives preservation and other archival methods for my adult audiences. I now seek things to educate in a different way. My antique shop excursions have taken on a higher meaning (so to speak) as a librarian / Information Specialist at a high school. I seek to connect the past to the present so that students have a better appreciation for what came before. I seek to make the past tangible so that it is more immediate and so that it seems more pertinent to the lives of young adults.

One of the most important parts of my job is getting familiar with school curriculum and lessons so that I can supplement classroom activities with appropriate information sources. By making the past real, by showing that real people are connected to classroom concepts, I hope that students see their studies from a more holistic perspective. And so, I antique with that purpose in mind.

A Lesson in Personal Finance 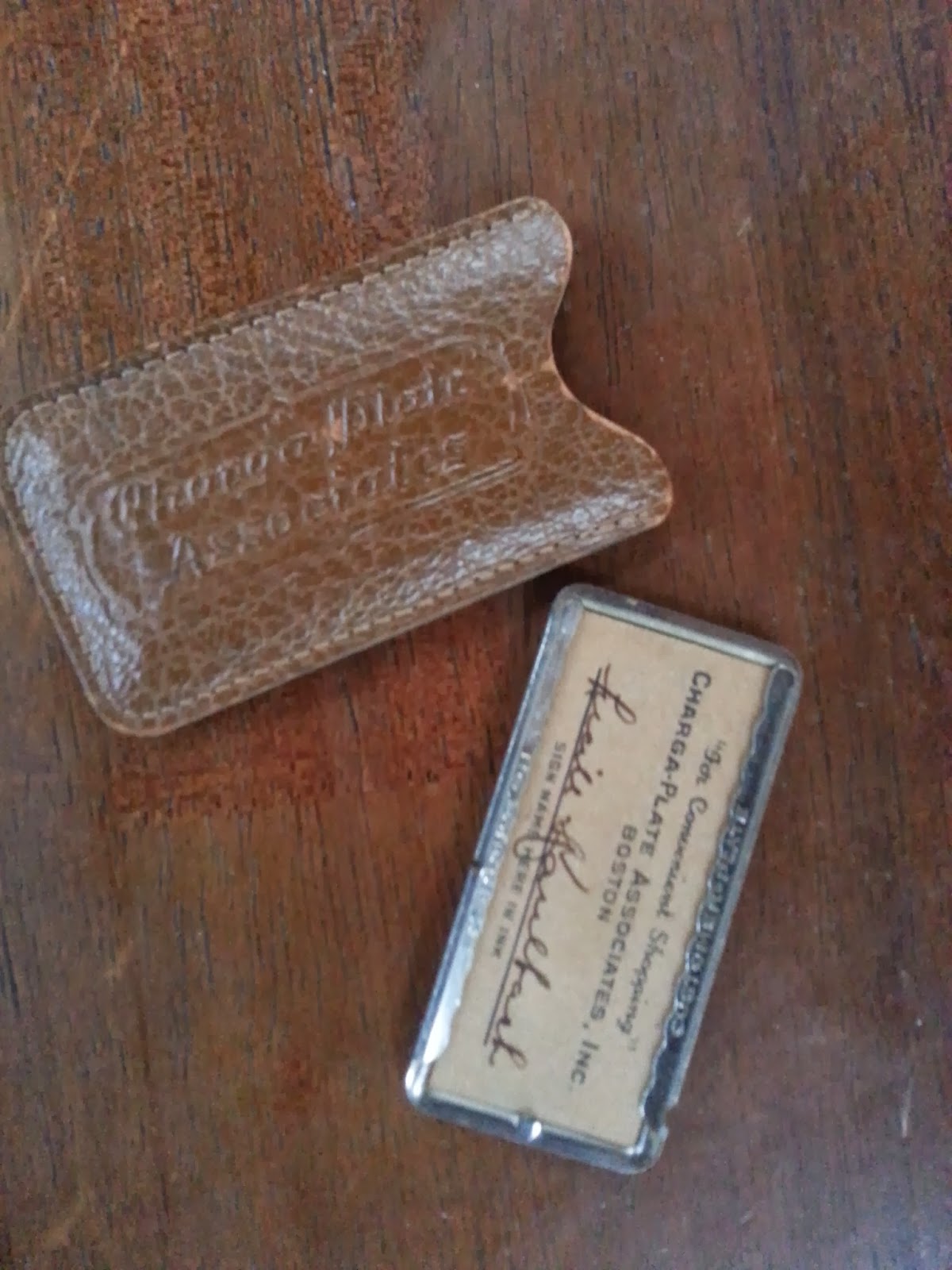 I recently learned that the Economics classes focus a project on personal finance. So, something that would normally catch my eye, but then have me walk away, drew me in at the antique shop this week. A Charga-plate charge card stared at me from its glass case and I began to wonder about it. I purchased it.

I was accustomed to the 19th century ledgers that I see all the time in archives. Those ledgers always made me think of the show Little House on the Prairie, when Mr. or Mrs. Olsen would pull the credit book out from under the counter and write the Ingalls name in it. Mrs. Olsen always filled out the ledger with a sigh and a dig such as, "You know we are ALWAYS extending credit to you and that is such a hardship for MY family!"

But what did a credit card mean? What did it tell us about the holder? I can't picture my grandparents living in New York City with one in the 1950s. My grandmother, who would go out to pick out her own chicken for dinner to have it freshly killed, surely didn't have one of these? I need to ask my mother about that. And some research was in order.

According to the Dead Media Archive of NYU The idea of a credit "card" started in the 1920s as a credit coin.

The coin functioned as both an accounting and authentication device. The only information on the credit coin was the name of the store and a number representing the customer. The customer’s name and address still had to be written out by hand and was prone to human error. This often lead to discrepancies between the information maintained in the customer’s credit file and the information provided at the point of service. The Farrington Manufacturing Company of Massachusetts developed the Charga-Plate to solve precisely this problem. A small metal plate was embossed with the customer’s name, address, and account number. A customer would present this plate at the point of purchase; the merchant would then fix the plate into a manual hand-held press that would then imprint the customer’s information onto a sales bill. The original press required downward pressure, unlike the roller platen press that would later become more common.

The Charga-Plate was wildly successful. The first store to implement the system in 1928 issued 93,000 plates within the first month. This success had much to do with its standardizing effect at both the front (sales counter) and back (accounting) end.

Some sites that I came across while browsing the Internet indicated that the card was indeed regarded as a status symbol. The fine leather pouch my purchased card came in is indicative of that. As an example, the holder of my card was identified in the metal imprint as a "Miss." Did that mean she was a woman of some means with her own money, which was unusual in the mid-twentieth century?

It is funny how that idea of credit changed in a relatively short time. Did it go from a necessity for survival to being representative of trustworthiness - as in someone was willing to issue you this card and therefore we know that you can pay your debts?  What a good research project this would be... Perhaps for one of my fine students?


As I left the antique store, I bumped into a colleague who is older than I. "Did you find anything good today, Melissa?" He asked.

As I handed over the little card my friend said, "Ah, my mother had one of those..." I wonder how much longer any of us will have cards of this sort. We went from ledgers, to metal, to plastic and now we are slowly moving to phones and other identifiers for payment. The cards started in the 1920s. Will they be gone by the 2020s?

Posted by archivesinfo at 9:46 AM No comments: